GarageBand has a great drum feature. You can create a drum track and then assign it to one of the many instruments. This allows you to easily add a drum track to your song without having to import an external MIDI file. The Drummer window will appear and you can then begin adding the tracks you want. There are several different options that allow you to choose which tracks you want, whether or not they should be looped, what key they should be in, and more.

Whether you’re new to GarageBand or an experienced drummer, you can learn how to use the Drummer window to create a drum track and play it in your song. You can even create your own drum parts by selecting and adding individual tracks to the Drummer window.

Adding the Drummer to GarageBand

When you add Drummer to a GarageBand project, you simply need to add a new track to the project. Choose New from the Track drop-down menu and then select Drummer from the drop-down menu that appears. After you add a Drummer track to a project, GarageBand adds a new 8-bar section to the beginning of the project. You can also use the Library and the Editor windows to customize the Drummer virtual drummer, the Drum Preset, and your Beat Preset.

Select a genre for the drummer to play from, then choose a virtual drummer to listen to a short paragraph about his or her playing style. 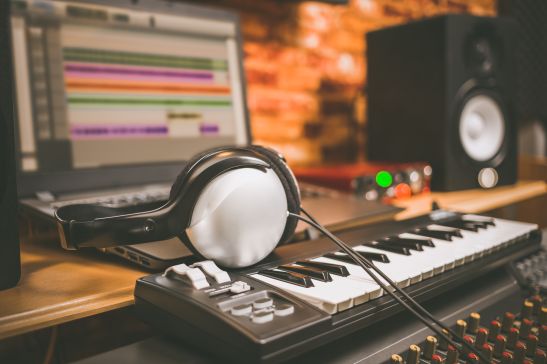 You do not want to have all your Drummer components playing the same pattern, so you need to create several separate Drummer regions in your project. You can change the settings for each region of the Drummer pane to control the different drum patterns that Drummer plays in the intro, verse, and chorus sections of your song.

Mixing the Drummer to GarageBand

When you have recorded a drum sequence that you want to use in your project, you need to mix the drums to get the best sounds from it. The quickest way to achieve this is by using the Smart Controls feature in GarageBand.

Compression allows you to compress the sound of your drums, causing them to sound a lot louder. You can adjust the tempo and dynamics of your drums using the Tone and Room controls. Different drum kits offer different Smart Controls, so you need to choose the right one for your project. You can get more control over the sound of your Drummer tracks by converting each region of your drum kit into separate MIDI tracks.

If you were recording a real drum kit, you would have a separate track recorded for each of the drums. It allows you to have more control over your drum sound by creating tracks for each drum separately. If you want to choose every beat from each drum, you can do this by picking the note you want on the MIDI sidebar keyboard. You will need to copy these notes and paste them into a separate track in order to split your Drummer region again. Start by creating a new drum track for each of your Drummer regions. You can add one track for each drum as described above.